Transitive and Intransitive Verbs — How to Tell Them Apart? 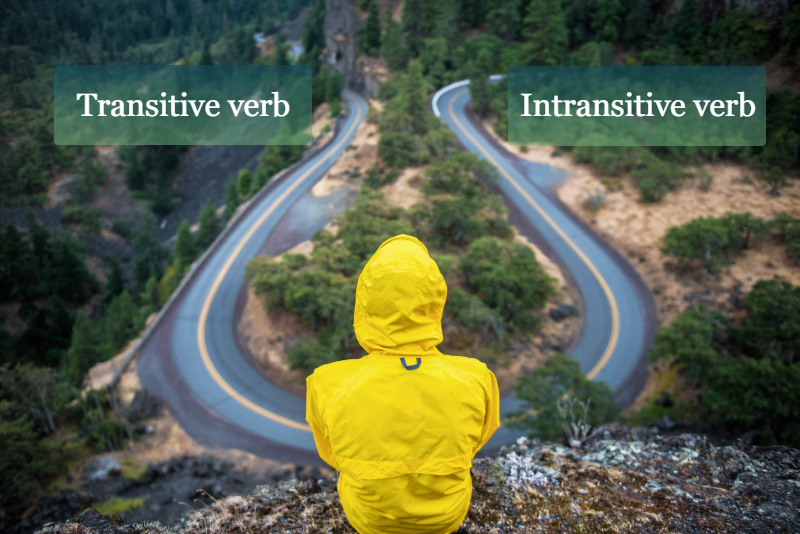 With this connection in mind, it should be easier for you to differentiate between them and understand the logic behind the usage of transitive and intransitive verbs in English.

How to Differentiate Transitive Verbs?

For example: Please give soup to me.

The verb “give” is transitive and “soup” is an object – it is something that I ask you to give. If you imagine there is no object in this sentence, it would hardly make any sense.

For example: Please give.

Give what? Give who? The very verb “give” naturally demands some object after it.

Take a look at some more examples of how transitive verbs are used with objects:

The men carry bottles of water from the car.

Could you phone me after work?

My colleague passed a message to me.

Verbs in each of these sentences have objects after them as they complete the actions conveyed by verbs. If you remove objects, the sentences will make no sense to the readers. For example: Jane brought. Brought what?

How to Differentiate Intransitive Verbs?

Intransitive verbs oppose to transitive in their function and usage. They do not require objects after them to communicate an idea across.

None of the verbs used in the sentences above need an object to bear sense. You can put a full stop after verbs and the sentence would be complete. More so, if you use an imperative form of the verb, you can produce a good one-word sentence.

Transitive or Intransitive? In Some Cases They Can Be Both

Some verbs can be both transitive and intransitive depending on the meaning they have in a sentence. For example:

Asked by the teacher, students sang.

Students sang a famous song at the concert.

After she completed all work, she left.

She left a book on the table and went home.

To identify whether the verb is transitive or intransitive, pay attention to whether it should have an object. Did they sing something? Did she leave something? Here the answer is obvious – yes.

If you hesitate about the type of verb to use, you can look up this information in dictionaries. This information is usually provided under the pronunciation key. Moreover, you can find out differences in meaning when looking at the examples.