Rules of Capitalization in Academic Writing

If to scrutinize literacy on a global scale, we can assert that people have become more educated during the last decades. Isn’t it strange to realize that literacy might be even uncommon nowadays? 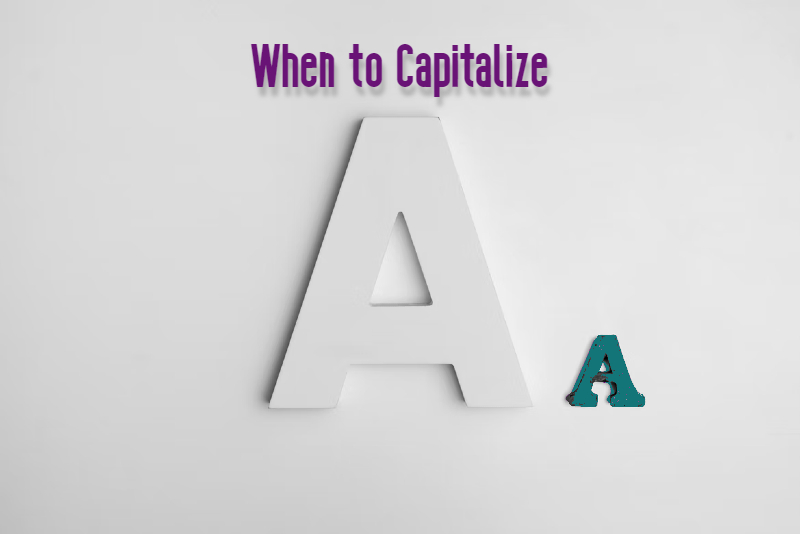 There is a paradox of the modern times – our information-packed world negatively affects general grammar proficiency as the context is regarded more important than its decent presentation. One of the evident deliberately acceptable grammar-related flaws is breaking the rules of capitalization. Is it some kind of a post-ironic rebellion or sugar-coated idleness? Protest or indifference towards the overall fluency of the language? That is the question.

For instance, a justifiable wrong capitalization can be caused by dreadful unexpected circumstances like the ongoing war of Russia against Ukraine, which has shattered the whole world. Considering all the atrocities taking place in their country right now, Ukrainians express the attitude to the hostile state by spelling the name “russia” using only lower-case letters. This deliberate anti-capitalization can be often seen even in the official news, and some global media have adopted this approach as well. On the contrary, there are numerous posts of predominantly young people, who even spell “I” as “i” because they seem not to care much. Is it an influence of having iPhones or something else? This new-fangled diminution of conventional grammar rules has yet to be explored.

The truth is that even revered academics and renowned authors tend to make mistakes, and no one should be humiliated for the sudden errors. Yet, if you know traditional rules, then you will also know how to break them in a smart way. So, let’s focus on the proper capitalization of the English language. It can be compared to a writing etiquette, which will help you produce high-quality content.

How to Discern Proper Nouns and Common Nouns

Most people, despite their level of education, would instantly recognize certain proper nouns and capitalize them properly. Probably, you would be even offended if someone wrote your name and surname using only lower-case letters. In contrast, you would perceive it perfectly normal if someone wrote your nickname only in lowercase. The capitalization rule is applied not only to names but also places (continents, countries, regions, cities, towns and other geographical locations), monuments, streets, organizations, books, movies, events, etc. Adjectives that come from these proper nouns are also capitalized: England – English, Shakespeare –Shakespearean, Mars – Martian, Gautama Buddha – Buddhist.

Alternatively, common nouns refer to universal entities, which are usually non-specific. Therefore, you would not capitalize most of the common nouns unless you start a sentence with a capital letter. Besides, common nouns transform into proper ones in titles of any work.

There is a compound proper noun Central Park in the example above. The rest of the nouns – teachers, students, parents, spring picnic are proper ones.

Keep in mind: common nous can transit into proper nouns when a certain place obtains a widely known name:

“I measure every Grief I meet

Or has an Easier size.”

How to Capitalize Times, Events, Days, and Months

Definite periods and recognized events in history belong to proper nouns, so typically, time and event noun, simple and compound one, has to start with an uppercase letter. The vivid exception is writing centuries only in lowercase.

Other commonly capitalized words include days of the week (Friday, Saturday), months (May, September), as well as national and religious holidays (Christmas, Independence Day). In contrast, we do not usually capitalize the four seasons unless they form a compound proper noun.

How to Capitalize Regions and Directions

We usually do not capitalize the four cardinal directions – north, east, south, and west when mentioning them generally. This rule also related to their derivative adverbs and adjectives.

In contrast, you have to capitalize the directions when they specify a distinct region or when they comprise an integral part of a proper name.

Yet, the capitalization of certain geographical locations in relation to their directions can vary.

There are no exceptions to the languages, nationalities, countries, and cities, so it is easy to remember that all these words have to be capitalized.

How to Capitalize Disciplines, Models, and Theories

Specific academic terms should not be capitalized and students often break this rule. Yet, proper nouns, which emerge within these terms, have to adhere to general capitalization rules:

If you write the names of questionnaires, tests, and inventories, then you have to capitalize these words.

How to Capitalize Quotations

If you need to quote a full sentence, then you have to capitalize the first word after the quotation mark.

On the contrary, if you need to write a partial quote, then capitalization is not needed.

When you need to put a colon in a sentence to introduce a kind of list or a separate phrase, then you should not capitalize the words if they are not proper nouns.

Sometimes, a complete sentence may follow after a colon. In academic writing, this rule might vary depending on the necessary formatting style. In APA, for instance, you should capitalize the first word after the colon.

Chicago style makes this rule trickier. It predetermines the capitalization after the colon only when it entails an extended elucidation.

Capitalization of Book and Movie Titles

Although it may belong to the rules of proper nouns capitalization, there are also certain discrepancies you must know about. In titles and headings, you have to capitalize first words, nouns, adjectives, verbs, but not prepositions, conjunctions, and articles.

Capitalization of Headings in Academic Papers

Similar rules are applied to capitalization of headings and subheadings in academic projects.

There are unique capitalization requirements, which have to be checked accordingly whenever you are assigned a specific paper format. You can review how to format APA headings and subheadings. It is essential to adhere to the same capitalization style to make your paper look flawless.

Capitalization guidelines can be flexible, especially in creative writing. Yet, academic or formal writing has to reflect unambiguous rules.